A Young People’s History of the United States (Audio) A Young People’s History of the United States

Adapted by Rebecca Stefoff. Seven Stories Press. 2009.
A young adult version of the best-selling A People’s History of the United States.
Read More » A People’s History of the United States: The Wall Charts

By Howard Zinn. Book - Nonfiction. City Lights Publishers. 2007.
A collection of essays on American history, class, immigration, justice, and ordinary citizens who have made a difference.
Read More » 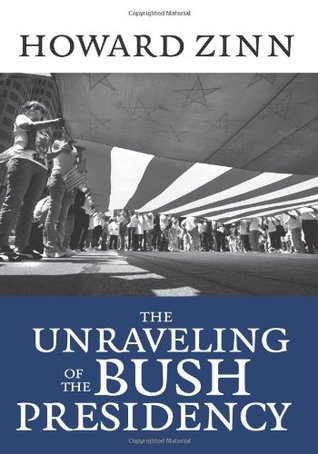 The Unraveling of the Bush Presidency

By Howard Zinn. Book - Non-fiction. Seven Stories. 2007.
Howard Zinn’s long-awaited telling of these last six years of United States history, a time when catastrophic machinations of war have dictated our foreign and domestic policy, and when voices of resistance have appeared in the unlikeliest places.
Read More » Howard Zinn interviewed by Cihan Aksan. State of Nature. Published January 2007 and republished Jan. 27, 2018.
To commemorate the eighth anniversary of the death of historian and activist Howard Zinn, we republish the interview we conducted with him in January 2007.
Read More » By Howard Zinn. Article. The Progressive and ZCommunications. April 14, 2007 and March 11, 2009.
On that 50th year after the execution, the New York Times reported that: "Plans by Mayor Beame to proclaim next Tuesday "Sacco and Vanzetti Day’ have been canceled in an effort to avoid controversy, a City Hall spokesman said yesterday." There must be good reason why a case 50-years-old, now over 75-years-old, arouses such emotion. I suggest that it is because to talk about Sacco and Vanzetti inevitably brings up matters that trouble us today: our system of justice, the relationship between war fever and civil liberties, and most troubling of all, the ideas of anarchism: the obliteration of national boundaries and therefore of war, the elimination of poverty, and the creation of a full democracy.
Read More » By Howard Zinn. Article. The Progressive. May 2007. "When a social movement adopts the compromises of legislators, it has forgotten its role, which is to push and challenge the politicians, not to fall in meekly behind them. As I write this, Congress is debating timetables for withdrawal from Iraq. In response to the Bush Administration’s 'surge' of troops, and the Republicans’ refusal to limit our occupation, the Democrats are behaving with their customary timidity, proposing withdrawal, but only after a year, or eighteen months. And it seems they expect the anti-war movement to support them."
Read More »

By Howard Zinn. Article. ZCommunications. March 27, 2007.
If somebody invaded your home, and smashed things up, and terrorized your children, would we give them a timetable? When I look at this latest Democratic proposal for a timetable, you know, maybe 18 months from now, at the same time funding the war for another 140 billion dollars, you know, it’s as if you gave an intruder in your house a timetable for withdraw, and meanwhile, made a nice dinner for him. No, we can’t do that, we have to get out.
Read More »
1 2 Next »