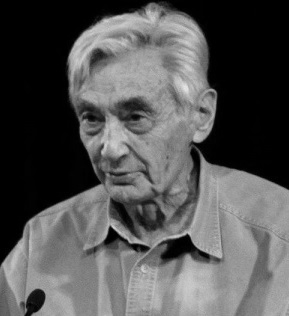 To commemorate the eighth anniversary of the death of historian and activist Howard Zinn, we republish the interview we conducted with him in January 2007.

You once wrote that direct action ‘encompasses a great variety of methods, limited only by our imaginations’.  What methods do you find at our disposal today?  And what limits does your imagination impose upon them?

Howard Zinn: Direct action means acting directly on the object of your protest or the source of your grievance, as opposed to petitioning or lobbying for your elected representatives to act. We see it in strikes, both historically and today, which are a form of direct action against corporations that, for instance, exploit their employees, or manufacture war weapons. Another form of direct action is non-violent (that is, avoiding violence against human beings) action, including forms of sabotage.

Around 1980, ‘ploughshares’ groups (turn our swords into ploughshares) began invading companies that made weaponry, and committed minor acts of sabotage to protest the actions of these companies. Only recently, a group of religious pacifists calling themselves ‘The St. Patrick’s Four’ poured blood on a marine recruiting station to protest the war in Iraq. Boycotts are another form of direct action. The national boycott of grapes, carried on in the 1960s by the farm workers of California against the powerful growers, brought about better conditions for farm workers. The desertion of soldiers from immoral war, or the refusal of men to be drafted for war, are also forms of direct action.

You say that our problem is civil obedience, not civil disobedience.  ‘Both in war and in the law courts and everywhere else you must do whatever your city and your country command’, states Socrates; and these words, you claim, have been impressed on our minds.  You find in history many instances of submission to authority even in the face of terrible injustice, and very few of rebellion.  Why do people submit so readily to injustice?

HZ: People submit to injustice for two reasons: one is that they do not recognize it as injustice. A young person submits to the exhortation to join the military without recognizing that he or she may go to a war which cannot be morally justified. The media and the educational system may not educate them about historical examples of resistance to injustice. Or people will submit to an injustice because they feel they have no alternative, that if they refuse they will be punished, perhaps by loss of a job, perhaps by being sent to prison. They may submit because people they have been taught to respect and trust – the President, their minister, even their family – may tell them they must submit to injustice because they owe something to their government, or their church or their family (as Plato had Socrates saying in The Crito, he couldn’t escape from his death sentence because he owed something to his government).

Continue reading at State of Nature.

← Noam Chomsky & Howard Zinn “Is There Hope in This Desperate Time?”
Howard Zinn: A People’s History of the United States, Part I →