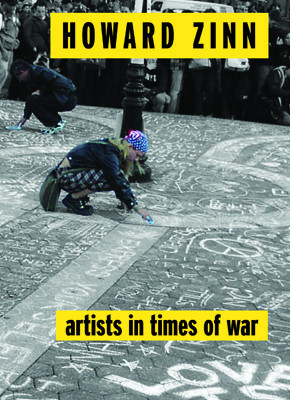 Artists in Times of War and Other Essays

“Political power,” says Howard Zinn, “is controlled by the corporate elite, and the arts are the locale for a kind of guerilla warfare in the sense that guerillas look for apertures and opportunities where they can have an effect.” In Artists in Times of War, Zinn looks at the possibilities to create such apertures through art, film, activism, publishing, and through our everyday lives. In this collection of four essays—three of which are previously unpublished—the author of A People’s History of the United States writes about why “to criticize the government is the highest act of patriotism.” [Publisher’s description.]